Sleeping under the stars

Markus Torgeby from Sweden runs his own path. The titles of his two books says it all: ‘The runner – Four Years of Living and Running in the Wilderness’ and ‘Sleeping Outside’. Anna Kim-Andersson has read the books.

The thought of sleeping outside no matter of the season is a bit thrilling. Markus Torgeby, who lived in a cot in the woods in the northern part of Sweden during four years, writes about lonely moments, fear of darkness and the beauty and awe of living in nature. Torgeby, who also is an excellent runner, keeps it simple even though his way of sleeping outside takes outdoor lifestyle to a much deeper level than usual. It’s about more than using a sleeping bag in a tent a couple of summer nights.

When you ask Markus Torgeby about running he gives you tips like no one else1.

“Imagine that you are running with your head instead of the legs. You must take care of your head so that you don’t force it too hard, get tired and break down.”

“Find new goals for your workout. Instead of doing interval training with the stopwatch in your hand, try to find new challenges. Today I’m going to watch ten different kinds of birds. Or today I’m finding a new viewpoint that I’ve never seen before.”

In the same way he writes about sleeping outside. Keeping dry. Keeping warm. Finding food. For him it’s not a matter of high tech materials or advanced techniques.

I read the book ‘Sleeping Outside’ with a sense of relief. It seems simple enough.

I’d like to challenge myself to be outside a bit more. Sleeping under the stars seems more possible than ever. At least for one night. Or two.

Markus Torgeby is popular nowadays. He pops up both now and then. He holds lectures, he is interviewed in magazines and you can hear his voice in numerous of podcasts. But who is he?

Well, Markus Torgeby is the talented runner who in his early years found running as a way to perform. It was also a way to get away from worries and sorrows. At home he took care of his sick mother, diagnosed with multiple sclerosis. A mix of anxiety in general and performance anxiety was a part of his everyday life. After a couple of years of running the arches of his feet collapsed. He felt pressure from his trainer to run and workout, but he needed something else. He needed to rest.

20 years old, influenced by the book ‘Walden’ by David Henry Thoreau, Markus Torgeby moved to a cot, up north in the Swedish mountain area. During four years he was more or less alone in the wilderness. Living out of hand in mouth.

But he was also still seeking for the essence of running. A shorter period during this time he moved to Tanzania to run with a local elite team.

He experienced a lot of endurance running but also got hard lessons on culture differences and an extremely tough training regime. The period left him without enlightening.

It’s inspiring to read about his search for knowledge and meaningfulness. He loves running. But to what prize? What’s the meaning with running until your bones break. Why pay a price so high that you develop eating disorders?

Living in nature was/is a way for Marcus Torgeby to find different kinds of answers; they come to him when he peels off things in life, down to such a simple level that most people can hardly bare it. He lives close to the edge. But there is a fine line that he never crosses. He manages to be someone who stays outside as much as he can, day and night, both in the city and in rural areas, without being seen as a ‘bag lady’.

He manages for a longer period of time to live without modern things (like an isolated house with electricity or water closet), without saying totally goodbye to the civilization. And he finds his own paths to explore, when it comes to running.

To me Markus Torgeby embodies an antithesis. The modern man who has nothing, yet everything.

Nowadays he lives with his wife and daughters in a house that he has built all by himself. He is still a runner. And the family lives close to nature, near the valley of Åre in the Jämtland county.  This is also close to the cot where he lived alone for four years.

In his latest book ‘Sleeping outside – finding harmony in nature’ (this is not the official title of the upcoming English version, just a translation of the Swedish full-length title) he writes about his journey.

Markus wife Frida Torgeby, who is a professional designer, has taken photos and made the illustrations. She has also done parts of the layout. The book is full of beautiful pictures from all seasons that gives the pages a scent of green forests and frozen vastness. And there are – of course – different chapters with lots of facts:

‘The Runner’ is translated to English and several other languages. Within a year Sleeping Outside will be available in English too. Everyone who is interested in running and high performances, outdoor life and alternative (or sustainable) lifestyle, can find inspiration when reading Torgeby’s books.

Further reading and references used in this text:

‘The runner. Four Years of Living and Running in the Wilderness.’ Markus Torgeby. Bloomsbury Sport, 2018. 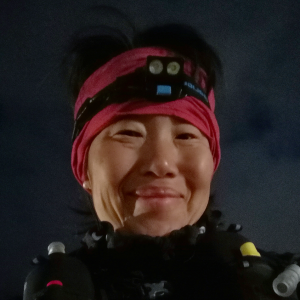 Gabriel Arthur – a nature lover making a change through writing

Time to step up the support for women in mountain adventures

The power of outdoor sports